Titan Quest has been out on the Google Play Store for a long, long time. It’s a mobile port of a popular game with tons of content. A Greek themed, massive Diablo-like RPG from 2006, it’s got three expansions and zero microtransactions. Now, its publisher named Handy Games has re-released it as a full “remaster” of sorts and it will make for a deep investment for Chromebook gamers!

Though it does cost $20, Titan Quest: Legendary Edition features the most complete version of the game – completely overhauled graphics, all of its DLC content (Immortal Throne, Ragnarok, and Atlantis), technical updates, and so on. If you already own the original version of the game for “Android”, these DLC packs will be available for purchase to you before long, but the Legendary Edition includes it all for the one cost!

Not only that, but it also features cloud save and controller support is on its way. Imagine stepping into the ancient world of gods and monsters with your custom created hero, scouring the mystical and ancient worlds of Greece, Egypt, Babylon, and China, conquering the hordes of legendary creatures, and mastering various weapons and martial arts, all from your Chromebook!

Though there was a technical delay, you can now pick up Titan Quest: Legendary Edition on the Google Play Store and start hacking and slashing! Though that price may scare some of you off, you have to realize that this is no ‘mobile’ game. It’s a direct port of a successful and popular, content-rich roleplaying game and will no doubt be worth your time. It’s had a cult following for the past 15 years, and this is the best way to play it.

Basically, you get around 50 hours of gameplay – something that’s rare in ‘mobile games’. If nothing else, this will tide you over until Diablo Immortal releases on Chromebooks..eventually. Besides, if you don’t like it based on the video and screenshots below, you can just return it within the Google Play Store policy window! 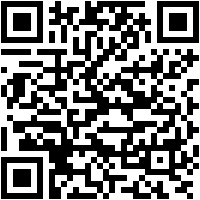