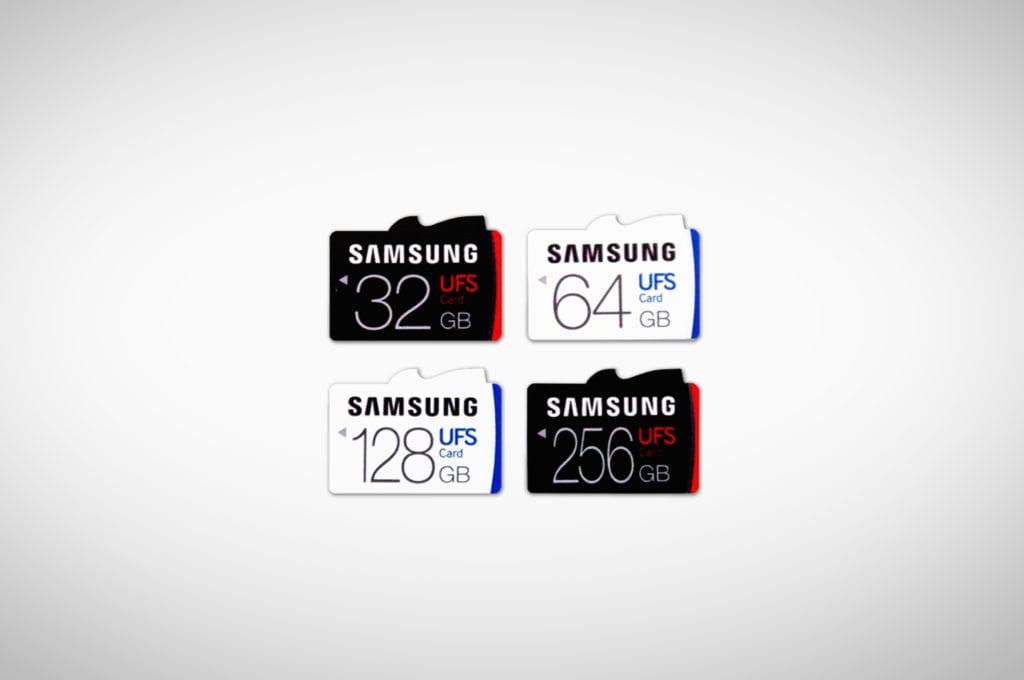 Earlier this week, Samsung revealed a removable memory card based on the JEDEC Universal Flash Storage (UFS) 1.o Card Extension Standard. According to the press release, Samsung’s new line of removable storage is designed for use in high-resolution devices.

…for use in high-resolution mobile shooting devices such as DSLRs, 3D VR cameras, action cams and drones.

Samsung has become the forerunner of this high-speed storage technology that is sure to become the microSD of the near future. In January of 2015, Samsung introduced the first 128GB embedded UFS chip for high-end mobile devices. Following that, in February of 2016, they released the 256GB version of the embedded UFS. 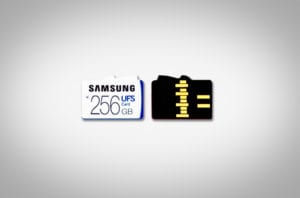 At first glance, the new UFS cards appear very similar to the standard microSD card. But, as you can see in the picture here, the pins are not compatible with current microSD slots at all. Begging the question, when will OEM’s begin the push to implement this newer, much faster technology into Chrome devices? Samsung states the new removable will achieve read/write speeds of up to 530 MB/s and 170 MB/s respectively. With 5 times the read speed and almost double the write speed of high-end microSD cards, the UFS becomes very appealing to Chromebook users. Chromebooks generally have limited local storage space(usually 16GB or 32GB). But, as Chrome OS continues to become more and more versatile, additional storage has now become a legitimate request for owners of Chrome devices.

Samsung’s new UFS removable storage boasts the capability of running as fast as the industry standard SATA SSDs built into the majority of laptop, netbook and Chrome devices. This would offer a perfect alternative for manufacturers who want to keep cost down on devices and still offer expandable storage that doesn’t reduce performance. At this time Samsung looks to be focusing on mobile as well as digital photography devices. We hope to see that change soon. It’s also worth noting that Toshiba has produced their own UFS storage cards but have yet to release them publicly. Both of these OEM’s being big players in the Chromebook market gives me hope we will soon see this hardware becoming part of the Chrome environment.