You are here: Home / All Stories / Samsung Chromebook Pro and Plus: As Important As We Thought 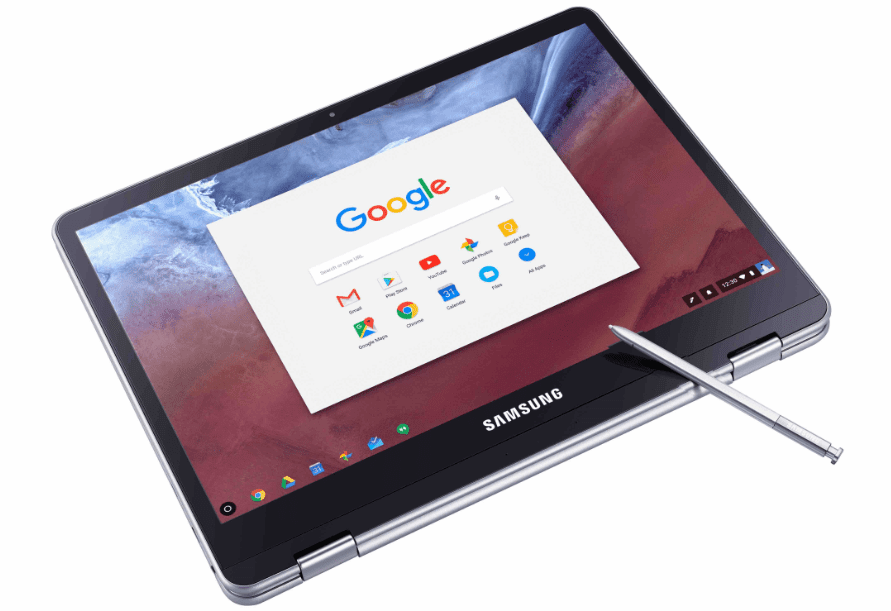 We’ve spilled much digital ink about Samsung’s upcoming Chromebook Plus and Pro. From uncovering early commits to breaking the actual Pro name via leaked landing page, we’ve been on this story for a while now.

What we’ve also contended for about the same amount of time is just how important this device will be for Chromebooks and Chrome OS in 2017.

While I’m not here to toot my own horn, I will point out that in this post I predicted that Samsung was ready to put its considerable marketing muscle behind a Chromebook. I also predicted that this would be touted as a Google partnership venture.

Finally, the main point I was trying to communicate in all of it over the past few months was this: the Samsung Chromebook Plus and Pro are going to be very, very important to the Chrome OS ecosystem.

At a glance, consider the marketing ability of Samsung and Google. Consider that they have clearly communicated this device is THE flagship for Android Apps on Chromebooks. Consider that Samsung has already shown they are taking this device very seriously. Let me show you.

This Video Is Impressive

Here’s the first promotion material for the Samsung Chromebook Plus/Pro. It is not cheap, simple, or underfunded. Chromebooks get second-hand treatment most times when we talk about marketing.

That doesn’t seem to be the course of action here. Check it out.

https://youtu.be/cCcKYUtBxJ8
Pre-Order the Samsung Chromebook Plus on Amazon

This was not a cheap marketing venture. This is well-produced, well-filmed, and well-structured. I’ve watched it multiple times and still can’t believe this is made for a Chromebook.

Looks like something you’d see for a Galaxy S phone, right?

That’s the point. The Samsung marketing machine is coming.

While we were sitting in the audience for Samsung’s keynote at CES, there was a part of me expecting them to gloss right over their new Chromebook.

I mean, it always happens, right? No stage presentation has ever had a featured Chromebook. We just don’t get that sort of attention in our little world.

But this time it did. Close to the end, Samsung did what I’d hoped and gave the two new Chromebooks stage time, attention, and a proper introduction. In addition, major media outlets were given a quick hands-on before the press conference and had videos going live as they were announcing the devices.

Again, this is not normal for Chromebooks.

For reference, we knew the Acer R13 was coming out at IFA back in September, but there was no mention on stage. It simply showed up in the booth later that day. And I wasn’t surprised by that at all. It took over a week to find a decent hands-on video in English and there was only one for quite some time.

The difference in handling here is remarkable. These new Samsung Chromebooks got red carpet treatment by comparison. You can see our quick video of Samsung’s unveiling if you missed it earlier.

Pre-Order the Samsung Chromebook Plus on Amazon

As readers of tech blogs (including myself, here), one of the quickest ways I know to get the word out about a new type of device is to get major tech media outlets on board from the get go.

Samsung has done this as well. Look at C|net, Wired, Engadget, and Digital Trends and you’ll see this Chromebook on their “Best of CES 2017” pages.

Thousands of products are at this show by hundreds of manufacturers. For a Chromebook to be getting this much buzz after a show of this size is no accident.

Look at YouTube and the sheer number of videos about this Chromebook, again, by major news outlets. Look at the number of articles and stories out on the internet.

The volume is staggering, especially for a Chromebook.

While Samsung hasn’t said this, others are already putting this up against the iPad Pro and Surface. While I’m back and forth over those comparisons, the truth is they will be made in stores and online.

The final piece in all this will be some dedicated space at stores like Best Buy. A place where hands-on, eyes-on interaction can happen. This device impresses so much in person. With Android coming together around the release of this device, that experience in a new user’s hands will be seriously beneficial.

I can’t share any more at this point, but more info is coming. More is being done around this release. More marketing, more planned media, more Samsung promotional strength. It makes me excited for what this product could do for Chromebooks, Chrome OS, and the entire ecosystem.

We’ve needed a flagship like this with marketing like this. Now it is time to see if it all pays off! February 12th can’t get here quick enough.

Pre-Order the Samsung Chromebook Plus on Amazon