You are here: Home / Chrome OS / Google’s Pixel C: Saying Goodbye To The Chromebook That Never Was Well, the fateful day has arrived. Without as much as a tip of the hat from its creators, the Pixel C Android tablet has been removed from the Google store and will now begin the solemn trudge to take its place in the hall of Android legends.

The Pixel C embodied the best of everything from the world of Android tablets and it did so in a time when disposable devices were being produced in droves. Even now, you can run down to any local bargain store and grab an Android tablet for under $100.

On the other hand, if you wanted the best of the best in a tablet, the Pixel C stood head and shoulders above anything on the market. For those wanting the hardware experience of an iPad but the pureness of the Android operating system, the Pixel C delivered in just about every aspect.

I mean, just look at it.

Look, I don’t care if you’re an Android fan or not. Even if you loathe Google for whatever reason you may choose, the Pixel C is a gorgeous device with a design and hardware that set it apart from just about anything manufactured in 2015.

With a display to rival the best that Apple and Microsoft had to offer, the inductively charging keyboard and then-unheard-of USB-C charging port, the Pixel C offered arguably the best Android experience available on a tablet.

The crazy part? That argument still stands two years later. You would be hard-pressed to find an Android tablet produced in 2017 that could trump the Pixel C.

The biggest gripe surrounding the Pixel C was the price but let’s be honest, if you wanted the best, it was no more than picking up a tablet from the competitors. Shoot, if I could get my hands on one today for $500, I’d probably pull the trigger just to own one.

The lesser-known complaint against Google’s flagship tablet is the fact that at some point, at least in theory, it was supposed to be a Chromebook. For more on that, check out this detailed piece from our friend Ron Amadeo of ArsTechnica.

Long story short, somewhere along the way Google attempted to make the Pixel C a Chrome OS device but for reasons still shrouded in mystery, decided to launch it as an Android tablet amidst the holiday shopping season of 2015. Truth be told, the Pixel C is still a strong competitor in the Android tablet arena and pulling off that form-factor as a Chromebook would have been a stretch even by Google’s imagination.

Fast forward two years and the Chrome OS ecosystem as we know it has changed exponentially. Android apps have made their way to Chromebooks and despite a rocky start, Google isn’t holding back the resources when it comes to creating a harmonious balance between the two operating systems.

The good news for those who just want an Android tablet without waiting for developers to work the kinks out is that there is no shortage of devices on the market. For as little as $50 you can get a throw-away device that can last you a year or even longer if you baby it.

However, if you’re like us, you are ready for the next evolution of Chrome OS devices to hit the mainstream. Since the launch of the Samsung Chromebooks Pro/Plus and ASUS C302, we’ve uncovered a lot of things to be excited about in the coming new year and all the new forms and features have left me wondering.

Will we see a Chromebook counterpart to the Pixel C?

I’ve already made my case as to why I think Google may be prepping another Chrome OS device for their resume and I still firmly believe that to be true. Frankly, I hope that happens sooner than later. Take a look at the space where the Pixel C once resided. 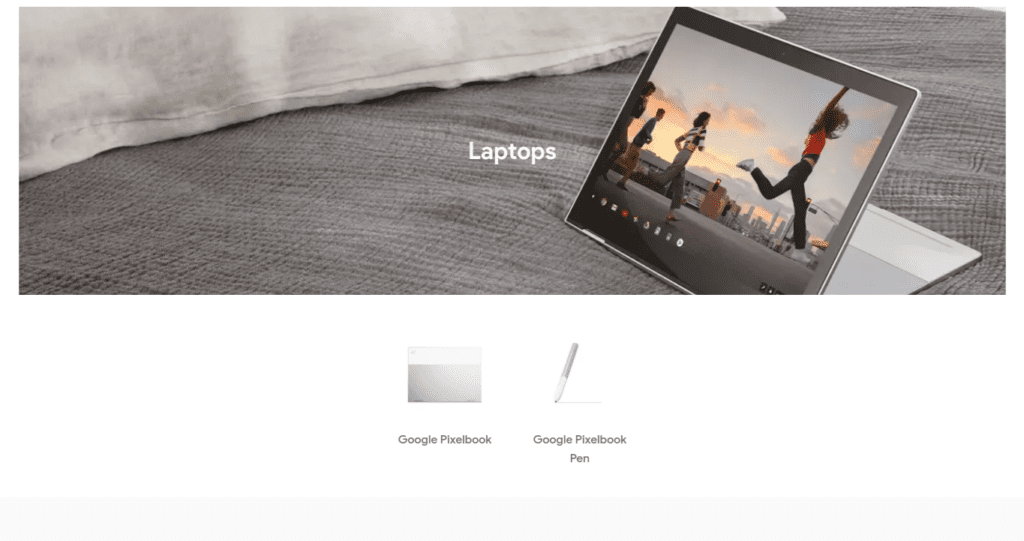 The lone Pixelbook sitting there as the herald for the new generation of Chromebooks but there’s a lot of real estate there for the taking. If Google is going to continue their usual method of creating bar-raising devices for manufacturers to take cues from, a detachable, Pixel C-esque device would find itself comfortably at home here.

With so many new Chromebooks on the way, will Google continue to expand their hardware repertoire and give us the device we’ve wanted for oh, so long? I wish I had an answer to that question but my sincere hope is that they will.

Until then, we bid the Pixel C farewell as we look to the future of Chrome OS with high hopes and fond memories of a device that could have been a phenomenal Chromebook.