We covered PUBG Mobile’s arrival on Chromebooks some time ago, but that was just to say the game was finally playable on Chrome OS. The state of affairs there hasn’t changed much over the past few months with the game forcing all Chromebooks into the “low” graphics settings with only medium framerates across the board.

Knowing the Pixelbook has a MUCH more capable processor than any available phone at this point, it’s been a bit of a bummer to see the game stuck in the grainy, poor performance mode with such good hardware available.

To make matters worse, PUBG Mobile has still kept real keyboard support as an afterthought, only allowing ASDW buttons to actually do anything in the game.

Honestly, I’d be fine if they would simply let the graphics be turned up to max settings and fix the gyroscope for Chrome OS. Alas, none of that has happened just yet.

But there looks to be hope on the horizon.

Most notably, in a brand new commercial for Chromebooks, PUBG Mobile is shown running on a Pixelbook for a few seconds near the end of the video with a clear branding. The commercial is fantastic and is poking fun at Windows and Mac OS and all the inherent issues that come with them.

However, as a little example of what’s possible on Chrome OS, they flash a few great apps that really make the most of Chromebooks and then show PUBG Mobile running for a few seconds right before the Pixelbook closes.

By far, this cameo is the clearest and most prominent in the entire ad, and that is exciting. Check it out at the end of this great new video below:

Most times, when we see an official Google commercial highlight a particular service or app, that service or app is about to get some very prominent Chrome OS treatment.

In excitement, I fired up PUBG Mobile on the Pixelbook and had an immediate update. While it didn’t fix the big issues, the UI for all the menu screens immediately looks more crisp and sharp, signaling a change for PUBG on Chromebooks.

The graphics settings and keyboard controls aren’t yet addressed, but there was one additional piece of interest: a new emulator warning when the game loads. 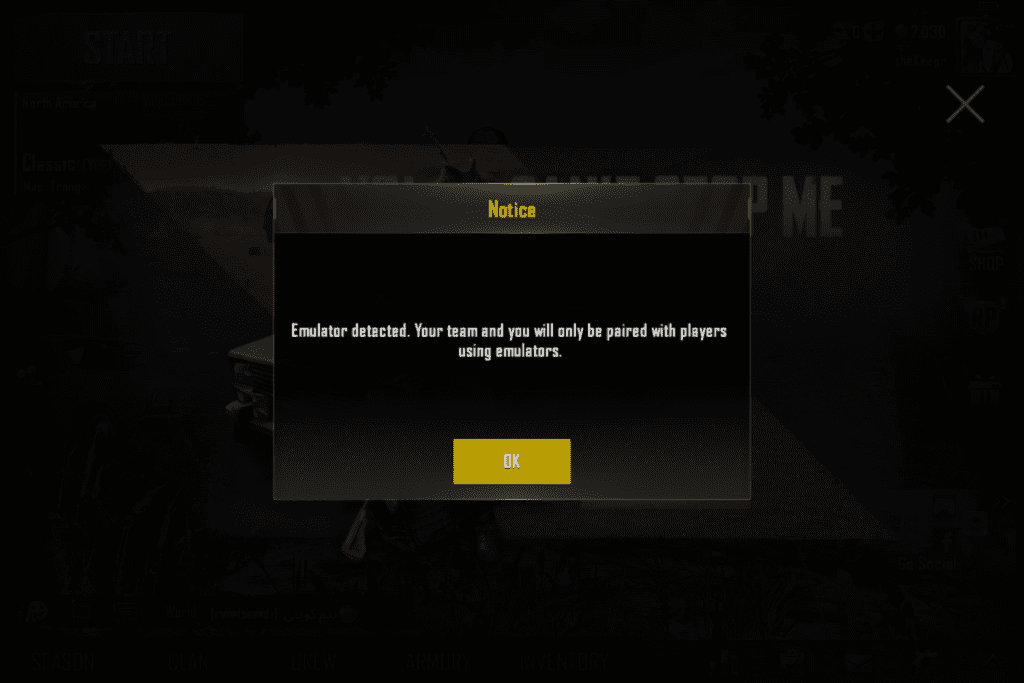 Basically, this is simply the game saying that it knows you have a device with a keyboard and mouse and you’ll be put in matches with others who have the same. Users play this game via Bluestacks, which is an Android emulator for Windows and Mac that allows keyboard controls.

If the game now recognizes Chromebooks as being a part of this group, there’s hope that the developers will finally just embrace the loads of people playing via Bluestacks (there were talks of them banning players at one point) and turn some real attention to Chromebooks.

If they will give us full use of keyboard and mouse, the game could be played on any Chromebook, Chromebox, or Chromebase with no issues. I can understand the initial pushback of not wanting to have keyboard/mouse equipped players in the same rooms as those on a touchscreen-only device, but there is a wide enough player base to accommodate both, now.

With the powerful processors available and what amounts to an untapped player base in Chromebook users, I see all of this as a win for both players and the PUBG developers alike. There are few games out there that take Chromebooks seriously at this point. If PUBG Mobile does, there are millions of players who may start playing that maybe wouldn’t have before.