Two years ago at IFA Berlin, Acer announced the Chromebook R13 that unfortunately was quickly overshadowed by the release of the ASUS C302 and Samsung Chromebooks Plus and Pro. Since that time, the annual tech conference hasn’t seen much action on the Chrome OS front.

This year is a completely different story.

The doors haven’t even opened to the public, yet and we’ve already seen new Chromebooks from Acer and Dell. While ASUS has already announced their newest Zen devices, no Chromebooks popped up in their press event. If my gut is right, they’re probably holding off until CES in January for a flagship launch much like they did with the C302.

Today, however, Lenovo has taken center-stage and not only announced a Kaby Lake Chromebook to compete with Dell, Acer and Google but they brought along two budget Chromebooks to the party. Both of which are rocking the MediaTek MT8173C ARM processor found in their Flex 11, N23 and 300e Chromebooks. More on that later.

For now, here’s the breakdown of what Lenovo has to offer and let me tell you, this first device is a beauty.

Lenovo is touting this as their first “premium Chromebook.” The specs will be very similar to the offerings from Dell as well as the upcoming Acer Chromebook Spin 13 but one thing that stands out on the new Yoga Chromebook is the display. “Near-edgeless” is how Lenovo is describing the 15.6″ panel that also offers the first 4K experience on a Chromebook. While it’s not quite the bezel-free look of an ASUS Zenbook, Lenovo has done an amazing job of minimizing the side top bezels on this monster convertible. Here’s a closer look at the new Yoga Chromebook:

There’s a lot to be impressed with here but we will discuss that later this week. For now, let’s take a look at everything the Yoga Chromebook has to offer.

Dell’s new Core i3 will  likely offer enough power for most any user but this massive 2-in-1 from Lenovo will be keeping company with the Acer Chromebook Spin 13 in the power department. There will be nothing you can throw at this Core i5 that it won’t be able to chew up and spit out. It’s the exact same specs I’m rocking in my Chromebox at the moment and let me tell you, it’s a beast.

Lenovo has updated their budget lineup with a convertible and a 180-degree device that won’t break the bank. We’ll cover each of these devices in more detail individually but here’s what Lenovo is offering up for under $300 later this year.

My guess is that Lenovo has had enough success with the Flex 11 and its successors to keep trucking along with two new MediaTek-powered devices.

The Lenovo Chromebook will come in Blizzard White or Champagne and will be available in October starting at $279.99.

The Chromebook S330 will also be available in October and start at $249.99 and comes in Business Black.

We should be getting these in very soon for a first look and hands-on. Stay tuned as more details arrive on pricing and specific availability dates. Hat tip to Lenovo for dropping three new Chromebooks and fueling the fire that is the 2018 Chromebook market. 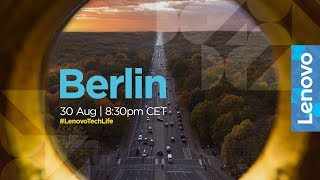 Two years ago at IFA Berlin, Acer announced the Chromebook R13 that unfortunately was quickly overshadowed by the release of the ASUS C302 and Samsung Chromebooks Plus and Pro. Since that time, the annual tech conference hasn't seen much action on the Chrome OS front. This year is a completely diffe