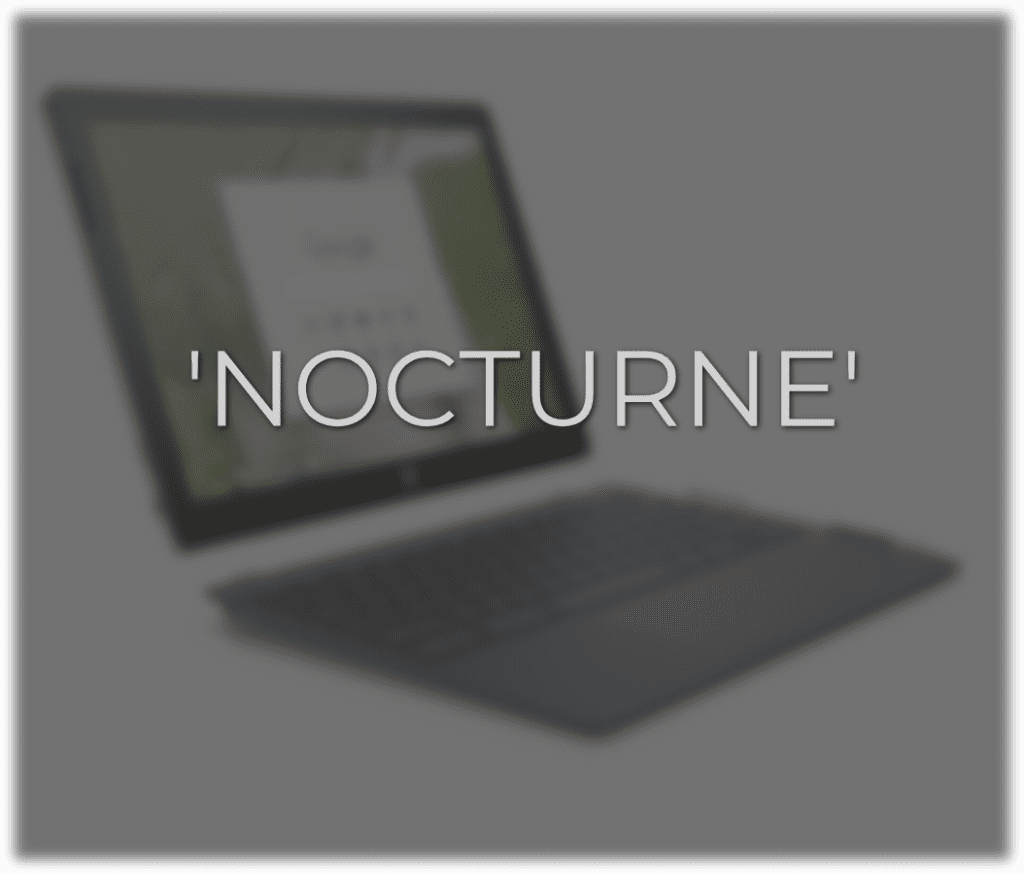 I hereby solemnly swear that I will get our “upcoming devices” list updated this week. Crazy thing is, we still have a bag full of boards we’ve yet to share and the list continues to multiply.

With that being said, today’s upcoming device comes in the form of another Kaby Lake-powered detachable with a 2400×1600 display like that found on the Pixelbook, Samsungs Pro and Plus and the soon to arrive HP Chromebook x2 a.k.a. the first detachable Chromebook EVER!

Sounds mysterious and for now, the details on this device that is less than a month old are meager at best but here’s what we know so far.

At first glance, the defconfig file for ‘Nocturne’ appears to reference the 6th gen Skylake chipset but after a little digging, I found clear evidence that it is, in fact, built on the Kaby Lake processor from Intel like the HP and Pixelbook.

This isn’t too much of a surprise. The Skylake and Kaby Lake chips share practically the same architecture. The 7th gen Kaby Lake gets its gains mostly from faster clock speeds and higher turbo boost and using the Skylake drivers as a base is something we’ve seen multiple times in the repository.

Next, we see the default resolution for ‘Nocturne’ and it looks to be the 2400×1600 that is quickly becoming the standard for “flagship” devices these days.

Now, keep in mind that this board is in early development. The display specs could go up or alternatively down based on the manufactures blueprints. Hopefully, we don’t see the latter. The 2:3 high-res display seems to be a good fit for the detachable form-factor.

Here we see the clues that ‘Nocturne’ will be a detachable based on the references to analog detection pins determining the base status.

So, there you go. All-in-all, ‘Nocturne’ is shaping up to be another sharp detachable to add to the ever-expanding Chrome OS ecosystem but with all the new devices on the horizon, my initial thought is that this will become the standard for this type of Chromebook. Hence, I wasn’t as excited as maybe I should be.

However, our Chromie pal Kevin Tofel unearthed a feature on ‘Nocturne’ that may give it a decided edge over similar device coming to market this year.

We’ve seen evidence of biometrics in the Chromium repositories as far back as September of 2016. Yet, there has not been a device released with a fingerprint scanner. We were convinced that the Pixelbook would sport this feature but were somewhat taken aback when we arrived in San Francisco to find the device lacking this feature that has been tested on multiple devices.

Will ‘Nocturne’ be the first out of the gate with a built-in fingerprint reader? It’s impossible to know at this point but Kevin found code enabling biometrics on the new board and testing this feature this early in development is a good sign that the still-unknown OEM is at least taking a shot at it.

We’ll be tracking ‘Nocturne’ along with all the other new devices heading your way. It’s shaping up to be a very interesting year for Chrome OS and we’ve only just begun.

Source: Chromium repository via About Chromebooks