You are here: Home / Chromebooks / Chromebook Spin 13 Listings Show Up On Acer’s Site But You Still Can’t Buy It 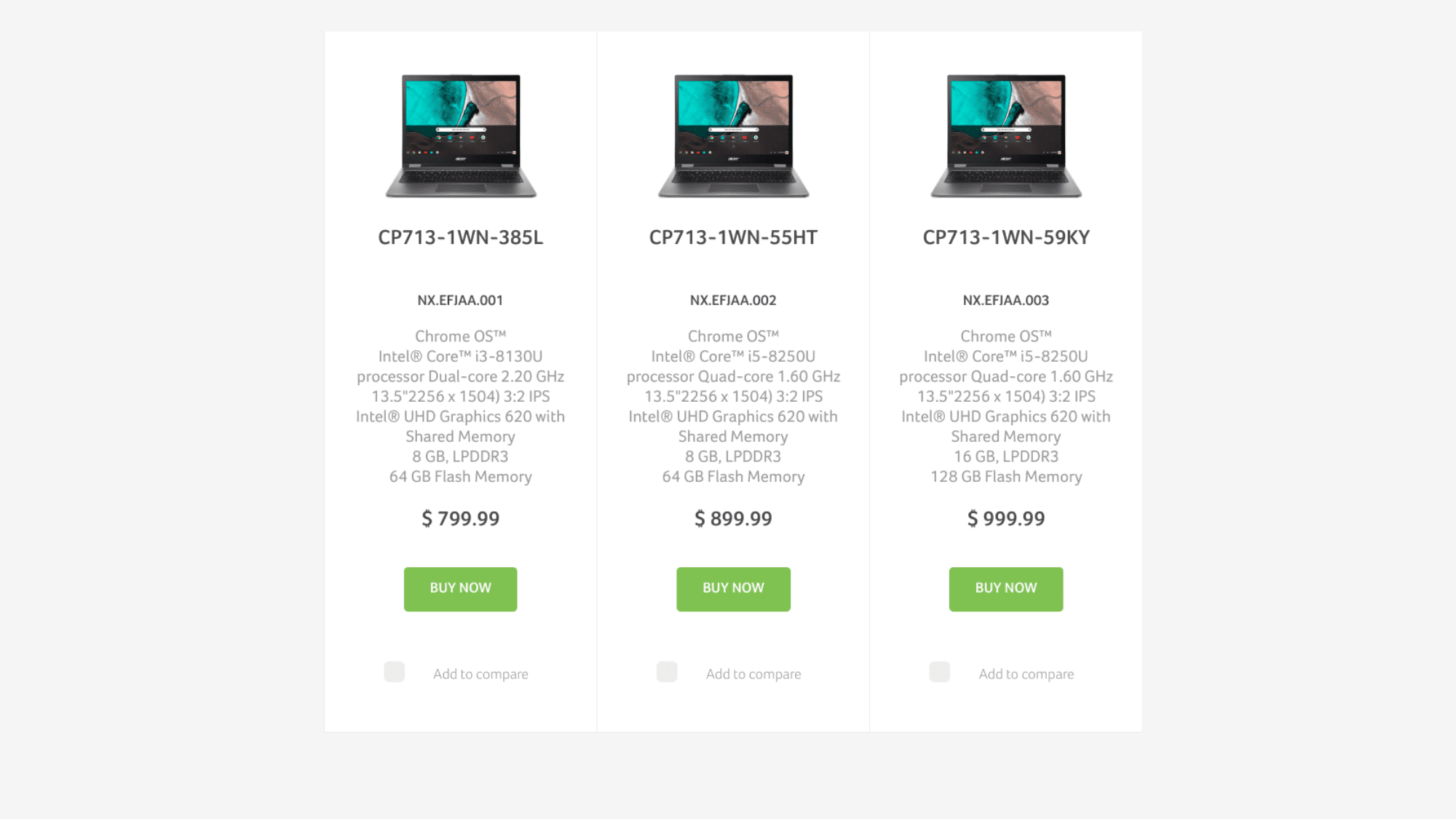 Acer’s latest flagships, the Chromebook 13 and Spin 13, were slated for release by the end of September. Alas, the month has come and gone with no sign of the 8th gen Kaby Lake device that could be a contender for Chromebook of the year.

Last week, a tip from a reader pointed to a possible launch date of October 11th for buyers in certain regions of Europe yet still no news from Acer in an official capacity. However, a recent update to the Acer Chromebook 13’s landing page brings a glimmer of hope that our wait is almost at an end.

Acer now has listings and prices for two variations of the Chromebook 13 and three for its convertible sibling the Spin 13. Each listing is accompanied by “buy now” button. Sadly, the buttons bring up the news that there are no available sellers for any of the devices.

Still, the fact that the listings exist is a good sign that Acer should have the Chromebooks ready for retail in the very near future. As a matter of fact, one of the largest Chromebook for EDU resellers in North America already as the Chromebook 13 and Spin 13 listed as “in stock.”

Promevo specializes in Premier GSuite and Chrome device sales to educational institutions and enterprises alike. Purchasing from Promevo generally requires buying an accompanying Chrome management license. In order to do so, you generally need to have an active and qualifying GSuite account.

On that note, I have been told that Promevo will sell devices directly to retail customers if you contact them. I can’t make any promises but if you give them a ring on Monday it is possible that you could get your order in for the new Acer.


With the release of a Pixelbook 2 still very much in question, this could definitely be my next device. Especially when you consider all that you can get for $999. These machines were with power-users in mind and the U-series processors will shred through just about anything you can throw at them.