You are here: Home / All Stories / How To Set The Default Notes App For Samsung Chromebook Plus & Pro GOOGLE HAS HEARD US!

Or not. I like to think they read my article back in late February where I dismantled the poor performance of Google’s own Keep app for note taking on the Samsung Chromebook Plus. Who knows? Maybe they did.

The last line in that article after all of my ranting about how bad Keep is on the Samsung was this:

But, additionally, we need the ability to set a new default app for the pen shortcut in the tray. That could be a really, really simple fix until Keep is really ready for prime time.

Unfortunately, Keep is still no better. Laggy and lacking real pressure sensitivity, Keep is a poor example of what the Pen on the Samsung Chromebook Plus and Pro is capable of.

In that article, I also highlighted my go-to app for this activity: Squid. My only issues with that app were the inability for the app to work in portrait and the lack of option to make this the default note app from the tray.

What A Difference A Few Months Makes

You see, when you remove the pen, a nice little pop-up menu appears and lets you start a new note. It sounds small, but the efficiency of that little shortcut is key in this device really feeling like note taking tool. 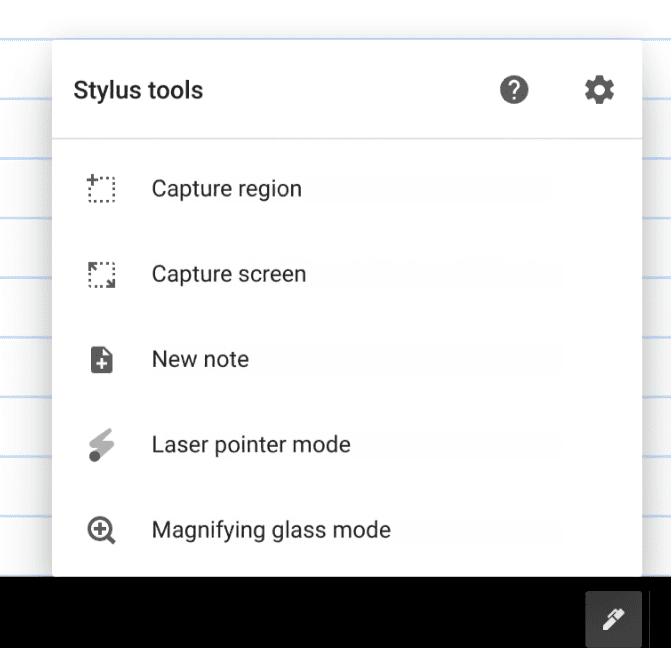 Up until recently, the ‘new note’ shortcut was reserved for Google Keep. Don’t get me wrong: I love Keep. I use it every day. But as a handwriting tool, it needs a lot of work.

Now, you can simply click the gear in the top of that small menu and you will see a special stylus menu. There’s not much there, but one option is, in my opinion, the biggest addition to the stylus setup on a Chromebook. 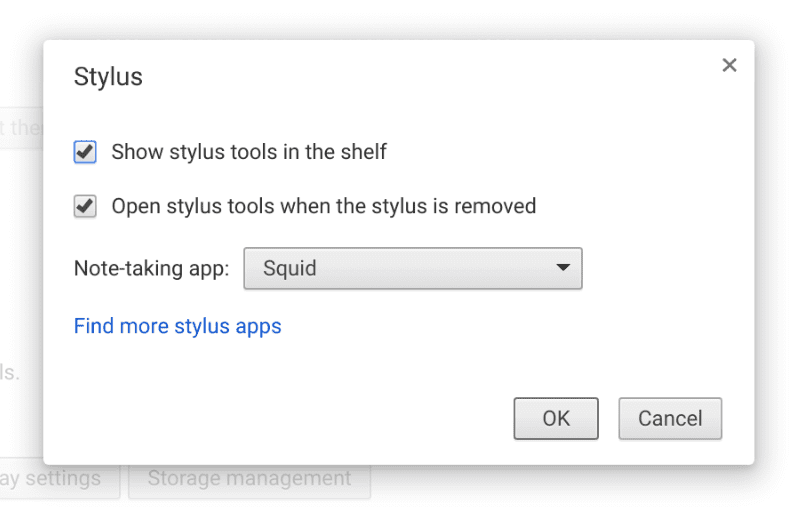 Depending on what you have installed, this could be any app you choose that supports handwriting. For me, Squid is the best notes app available, so I’m overjoyed to be able to set this as my default New Note shortcut app.

I tried installing a few things like Evernote and Autodesk SketchBook, but I wasn’t presented with the option to select those apps as default. It is likely something on the app developer’s end to enable, but I’m not fully sure.

Either way, it is awesome to be able to enable something other than Keep for notes…at least until they get their act together.