You are here: Home / Chromecast / Successful Failures: From Q(ueue) to Cast 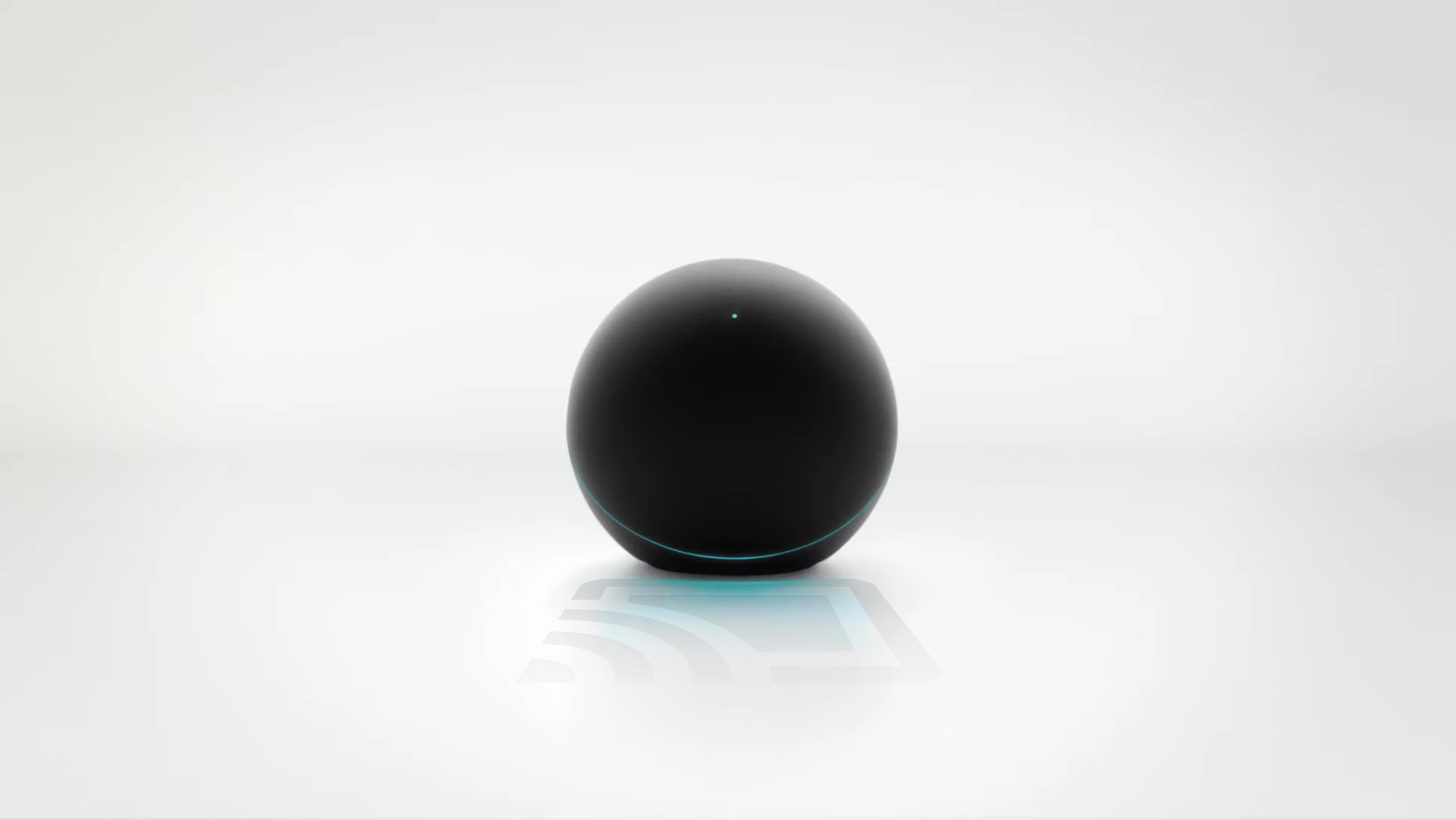 When I told my daughter that Google began as a search engine – and only a search engine – her jaw dropped.  After all, the Google she knows in 2022 lives on a small white screen or donut-shaped puck in almost every room, on her phone and tablet, and on my car dash.  It powers her email, calendar, photos, chats and reminders.  In short, Google is everywhere today, living inside a vast array of hardware and services designed to make our lives easier, more fun, and more productive (or to give birth to Skynet, depending on who you ask).  How did this crazy expansion from search to basically everything else actually happen?

I’m sure there are books by people more knowledgeable and better spoken than me on that topic, but I have some thoughts.  To start, I just want to focus on one particular quality Google possesses that seems to be part of their corporate DNA inside every idea, every product and every service.  Google enjoys failing.  Hang on, maybe “enjoy” is not the right word.  No, Google loves failing. They live for it.  They are addicted to it.  Think I’m exaggerating?  Well, let’s stop and think for a moment.  This is the company that spent nine years trying to supply internet to rural areas via a network of hot air balloons!  I’m not kidding; it was aptly named Project Loon(y).  The same company launched a pair of glasses with a camera on them!  Boy I tell ya, there’s nothing like friends getting together for some fun and one guy shows up wearing a camera on his face; tech media took to calling such people, “Glassholes”.

And then, there was this one time when Google created a whole company division who’s one job was to sell Americans gigabit fiber internet, with the idea that they would undercut and directly bypass the largest media monopolies on the planet.  These are companies that routinely employ mafia-style tactics to ensure their markets are free from competitors.  These sound like ideas that would fail, but Google did them anyway; with millions of dollars, years of effort and boundless enthusiasm.  And they all failed.

That’s the beauty of enjoying failure; and it’s one of the reasons why I’m such a huge fan of Google.  They try everything, they learn constantly, they succeed sometimes (Google Fi, Nest thermostats), and occasionally they hit the mother of all home-runs (Android, Gmail).  Even the home-runs don’t always start out that way.  All superheroes, even the digital ones, have their own unique, and sometimes unintended origin story.

One of Google’s greatest successes

Exhibit A is one of my favorite Google successes: Chromecast.  Not the Made-By-Google dongle which goes by many names, shapes and designs.  I am talking about the Chromecast service or protocol.  That little square with the radio beacon at the bottom left might as well be a giant red “S”, as it’s arguably saved streaming media from the pits of complex geekiness and ushered in a new era of utter simplicity.  Just hit that button on your phone, and your TV, tuner, stereo, or speakers will spring to life with whatever it is you want to watch or hear.  It can be summoned and controlled from phones, tablets, laptops, or home devices.

The term “cast” has even become ubiquitous and generic, essentially the Kleenex or Coke of streaming media methods.  Every media app worth considering supports it, including Netflix, HBO Max, Disney+, Hulu and even more niche apps like Plex, Shudder or Bandcamp.  I have even heard Apple users throw the term around, referring to their own similar Airplay feature.  Think about that for a second.

Most people think that the Chromecast protocol (or Google Cast as it was originally called) began its life inside the Chromecast dongle, which originated in 2013 and has since iterated in form and ability.  It was a device built to do one thing: stream content to whatever it was plugged into.  However, the original Chromecast device was not the first hardware bottle containing this particular genie. The idea evolved from a much more ambitious device.  It was called the Nexus Q.

The Nexus brand takes us back to the very origins of another wild Google success: Android.  Back in 2010, The Nexus One phone by HTC was the first mobile device running the Android operating system.  It began a tradition of combining pure Android with inexpensive 3rd party hardware to create a sort of “hero” phone that Google held up as the standard -bearer for their OS that year.

When the Q debuted in the summer of 2012, it had already been teased at Google I/O in 2011 under a codename.  When the product finally released to pre-orders and reviewers, the name was a bit of a head-scratcher.  It was called a Nexus device, but it was not a phone.  It ran Android, but did not have a screen.  The $399 price tag was seen as nothing short of premium, although previous Nexus devices were decidedly mid-tier or even budget.

What did the Q do?  Well, the answer was right in the name.  You would select video and music from your phone and “queue” it for direct playback from the device to whatever it was connected to (TV, speakers, etc).  Sound familiar?  The Chromecast family of dongles has been doing this since 2013 but at a fraction of the price.  The key difference between the devices lies in the intended use of the Q, versus how most of us currently use Chromecasts.  The Q was made to be *seen*, noticed and drooled over.  Ladies and gentlemen, the Q was built to be the life of the party.

Dear reader, let’s time-travel back to the year 2012.  Obama was in the White House, The Dark Knight Rises was #1 at the box office (Batman is so timeless), and Carly Rae Jepsen’s Call Me Maybe was the most singable song ever (best appreciated in the Sesame Street remix, for those of us who have kids).  True story:  people actually had house-parties back then.  Believe it or not, twenty or thirty of your friends physically came over at various times during the day, they talked, laughed, ate, drank and danced; they did not social distance and they did not wear masks.  I know, I know!  This is inconceivable in 2022, but I promise you house-parties were a thing.

I remember attending a going-away party for friends who were moving cross-country.  Music was being pumped into the living room via a bluetooth speaker and after an hour of a lackluster Pandora experience through the host’s phone, I was voted DJ for the afternoon.  At first blush, I was jazzed about the idea. It wasn’t until I managed to disappoint half the people at the party that I realized why no one else wanted this job.  Tastes never aligned. And the DJ got tired of listening to people’s endless requests and criticisms.  (As you can tell, I am currently back in that moment right now).

Everyone’s a DJ, until they aren’t

Enter the Nexus Q.  According to Google, “Now everyone at a party can be the DJ!”  What they really meant was the Q was the DJ, in a very literal sense.  The thing looked like a cross between the remote droid sphere that Luke Skywalker trained with in Star Wars, and a Cylon from Battlestar Galactica.  The Q was gorgeous, heavy, smooth, streamlined, and looked positively other-worldly.  It was designed to be the center of attention.  And the target streaming medium was 100% music.

It had a mini-HDMI port (clearly video was an after-thought), SPDIF/Optical port and banana plugs.  I don’t care what anybody says; if you see a device with banana plugs, it’s meant for music.  In the mind of Larry Page (then Google CEO and fellow Gen X-er), I could imagine his commentary on an investor call going something like, “…and so we visualized Gen-Xers at a house-party.  A guy is enjoying the music and asks where the DJ is.  Someone points to the Q and tells him that the Android is the DJ and it accepts song requests via a mobile phone app.”  Mic drops and the crowd goes wild!

Except that didn’t happen.  Well, maybe the investor call went that way, but the Nexus Q actually failed to launch.  Google took some pre-orders, gave away some freebies and review units, but in the end they never sold any.  Media outlets like The Verge covered it as an over-priced “pet rock”-type curiosity with lots of bugs.  The NY Times had a similar opinion; beautiful to behold but vapid given its limited feature-set and buggy software.  It’s not clear why the Q was not released for sale.  After reading those early reviews, I was still jazzed thinking Google would just work the bugs out, open up the API to other developers (a major concern in reviews) and start stocking Best Buy shelves.  That never happened.  Pre-orders were refunded and the Q quickly became a memory.

Well, the device itself became a memory.  Like Google often does, instead of relegating the Q to the garbage bin, it sent the device for an autopsy and recycling.  Was there anything good in there?  How could that good be extracted and rebuilt?  The ability to “queue” streaming media via your phone was the proverbial baby not to be thrown out with the bathwater.  It also needed a new name.  Casting, rather than queuing, was a better descriptor.  Maybe targeting Gen-X house partiers with a robot DJ wasn’t the way; perhaps an appeal to all age groups would be something tiny that could be hidden away behind a TV where it would quietly and humbly change the entire landscape of streaming media.  One year later, the diminutive Chromecast dongle was born from the ashes of the Nexus Q, and inside was the Chromecast protocol technology that would soon become Google’s entry point to the entire Smart Home.  And it all began with a glowing alien bowling ball that failed.