You are here: Home / Chromecast / Everything we know so far about Google’s new Chromecast dongle

Although its official release date is still something of a mystery, numerous details have emerged surrounding Google’s upcoming first-party Android TV dongle. Dubbed “Sabrina,” the device appears to be sporting a handy feature embedded in its remote in-lieu of its less-than-next-gen spec sheet as seen in recent leaks. One important note for gamers is the support for HDMI 2.1 which includes an “Auto Low Latency Mode,” which will make this device a viable alternative to the Chromecast Ultra.

Equipped with the same chipset as several other Android TV devices – including the Steam TV by Verizon – It’s evident that ‘Sabrina’ is no stand-out when it comes to internals. Google’s Android TV dongle is expected to ship with an Amlogic 905X2 chipset and a suspected 2GB of RAM which should provide ample horsepower when paired with Google’s relatively-light platform. This chipset, strapped to an ARM Mali-G31 MP2 GPU also supports Dolby Vision and 4Kp60 output with HDR10.

Perhaps the most intriguing piece of the entire package is the fact that Google has reportedly added a dedicated shortcut button to its remote. Boring; until you consider the following – it’s reprogrammable, we think. While there’s no clear indication that users will have carte blanche to use this star-shaped key without reservation, 9to5Google provides evidence that a “GlobalKeyReciever,” which is listed in alignment with YouTube and Netflix has been mentioned. For the average consumer, one who enjoys simplicity and convenience in their devices, this feature should prove to be a big hit as it reaches deeper than the standard, stand-alone Netflix and Amazon buttons on device remotes like the Roku and LG Smart TVs.

Listen up, gamers. Much like the new generation gaming consoles, Google’s Android TV dongle will also sport an “Auto Low Latency Mode” thanks to its support for HDMI 2.1. This is a new feature for Android TV in light of Google Stadia’s recent update that enables it to be playable on the platform. This is a necessary step, I might add, considering the frustration that input lag can instill when attempting to be competitive in just about any video game. This feature eliminates that shortcoming by discarding post-processing data when sending video to supported TVs. Your connected device will automatically tell your TV when this process needs to take place.
No conclusive information has surfaced yet regarding an official release date for “Sabrina,” although 9to5Google has mentioned that we can expect to see it arrive before the end of this year. 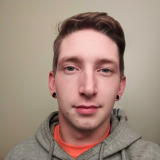 Full-time dad and grocery store manager with an undeniable obsession for consumables. If I'm not writing or eating, there's a 100% chance that you can find me near, in, on, or underneath a car.