You are here: Home / All Stories / Chromecast Volume Control Coming To Chromebooks

Do you use Chromecast or Chromecast Audio? Do you do so from a Chromebook?

If so, you may have noticed a feature that is absent when compared with casting from an Android device.

For those who don’t cast too often or simply haven’t paid much attention, when you cast a video or audio file from an Android device, a new volume slider joins your other volume controls in the system settings.

So, in addition to media, notification and alarm volumes, the user sees a separate and distinct volume slider for the casting media. Take a look below. 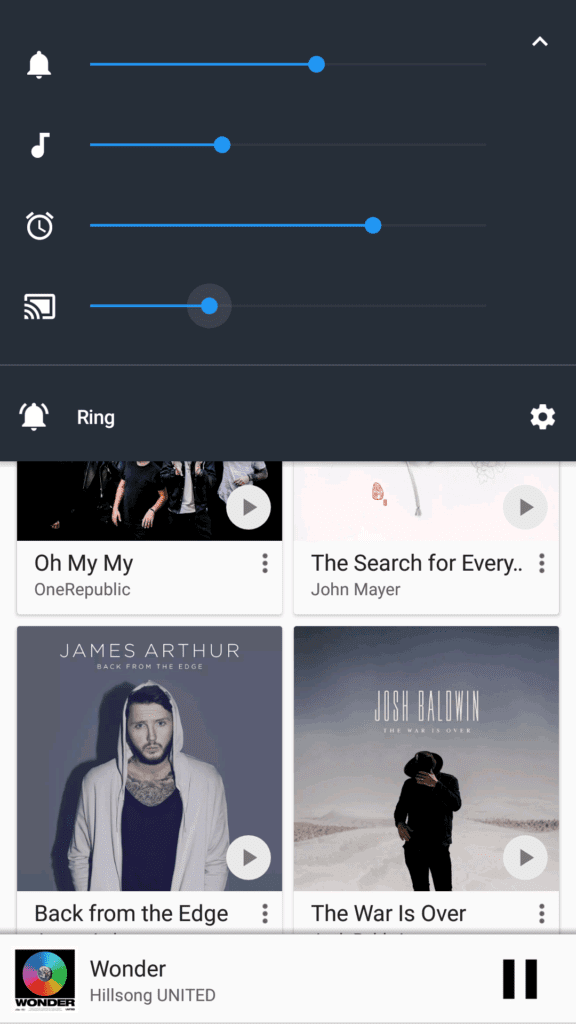 As many applications don’t have their own volume control (Spotify, Google Play Music, Pandora…) in the app, controlling the volume of your casting session would not be possible without this.

As it stands right now, Chromebooks don’t do this. If I’m casting from Google Play Music, for instance, I adjust the volume of the playback via the small slider in the web app. This has worked OK for me up until yesterday.

With Android apps working so well on my Samsung Chromebook Pro, I thought I’d switch my music playback to the Android app instead of the web interface.

Everything went well until a new album started that had a higher base volume. As I scrambled to turn the song down, I realized that inside the app, there is no way to adjust volume since that is normally handled by the system volume.

This raised a little side discussion between Gabriel and me about the need for Chrome OS to have casting volume controls.

Only a few hours later, I found this little nugget in the Chromium Repositories: a direct reference to what I was hoping to see on a Chromebook.

It looks, from this commit, that a new feature is coming that will allow Chromebooks to handle this volume control as a system function. Since a casting session can be happening while other things are going on with your device, this is a much-needed feature.

Chromecast and Chromecast Audio continues to grow and adoption numbers are constantly on the rise. As Android Apps on Chromebooks are becoming a reality, this feature needs to show up sooner than later.