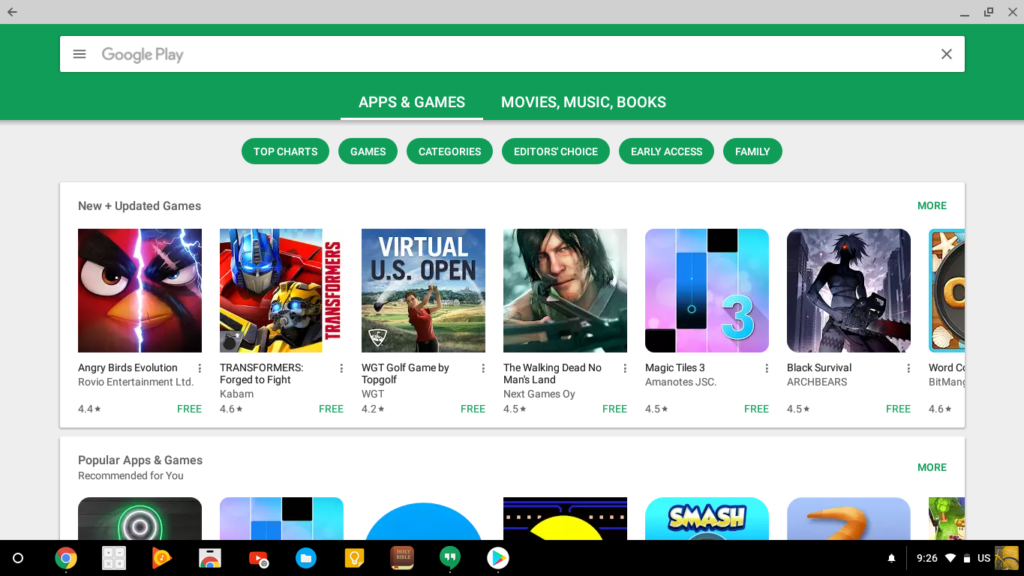 Thursday, August 17th, an incremental update started rolling out for most Chromebook users on the Stable channel. This minor update didn’t appear to bring any significant changes but this morning we are receiving reports to the contrary.

At least two devices, the ASUS C302 Flip and the Dell Chromebook 3189, appear to have gained access to the Play Store according to emails from readers.

I doubled back and checked the Chromium projects official support page but it doesn’t look as though it has been updated, yet.

If you have been patiently waiting for your device to get Android Apps and you haven’t seen an update this week, it might be a good time to hit that “check for updates” button in your About Chrome OS settings.

Just a heads up though, there was a handful of Chromebooks that did not receive this incremental update. Here are the devices that have yet to get this update. Don’t shoot me, I’m just the messenger.

Let us know if your device has added the Play Store. We will get it added to the list ASAP.

Thanks to Tom and Mitch for the heads up.