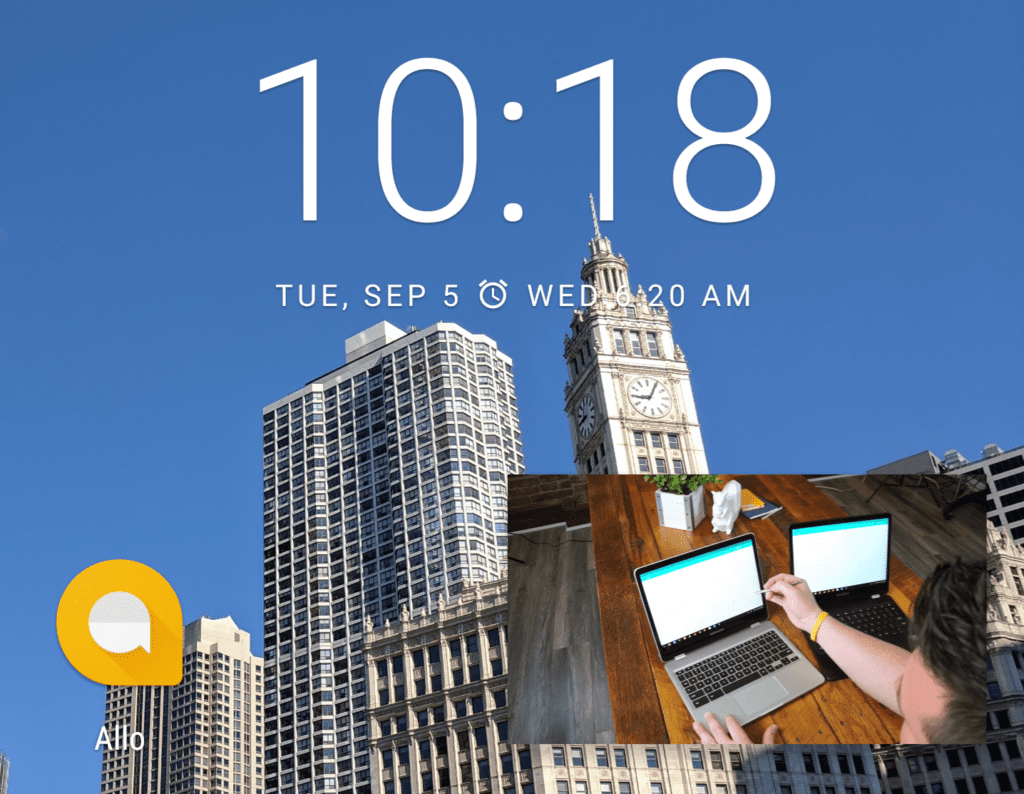 One of the new features available to Android users with a device that has already been updated to Android Oreo is the ability to view a running video in a small pop-up window when the home button is pressed.

Also known as picture-in-picture (PIP from this point on), the baked-in feature only works on a handful of apps at the moment.

Most notably, YouTube and Duo both allow PIP to run when using those apps and returning to your home screen. While I don’t see myself watching very condensed videos very often, I definitely see the upside for PIP with apps like Duo.

In testing this, I began a Duo chat and hit the home button, invoking PIP with my video chat. I was able to continue navigating my phone while seeing my chat in a tiny window that was easily dragged to whatever position on the screen works best for me.

I can see a very legitimate use-case for this, and I hadn’t even considered it until yesterday. As is usually the case, until developers have a new feature to toy with, it is tough to imagine all the possibilities.

Chrome Looks To Be Getting PIP Treatment

Of all the apps available, the Chrome browser is one that is capable of delivering the broadest array of content, so it should be no surprise that it will also be bestowed with the PIP functionality. According to this commit in the Chromium Repositories, Chrome looks to be getting the PIP treatment soon.

The first and most obvious use would be embedded video players. Think YouTube, Vimeo, or Twitch in your browser having the ability to utilize PIP when you want to multitask.

But then, think broader. If just a few days ago I wasn’t able to grasp the usefulness of Duo and PIP, it stands to reason that there are plenty interesting things that we’ve yet to consider that Chrome could use PIP for.

We’re clearly still in the early days of all the new, fun things Android Oreo brings to the user experience, and it will be a fun ride to watch more of these features take hold and get used in creative ways by developers.

UPDATE: As it turns out, from time to time, things slip by us here at Chrome Unboxed. As alerted by a reader, PIP is already up and working in Chrome for Android. The key difference for browser-based video is the video needs to be in full-screen before it will trigger the PIP. For apps like YouTube, this isn’t the case.

We don’t have a comprehensive list of sites that support this, but we tested YouTube in the Chrome browser, went full-screen, and sure enough, the PIP engaged. Enjoy!