TEST 1
TEST 2
You are here: Home / Chromebooks / Grab one of these premium Chromebooks at Best Buy and save $200 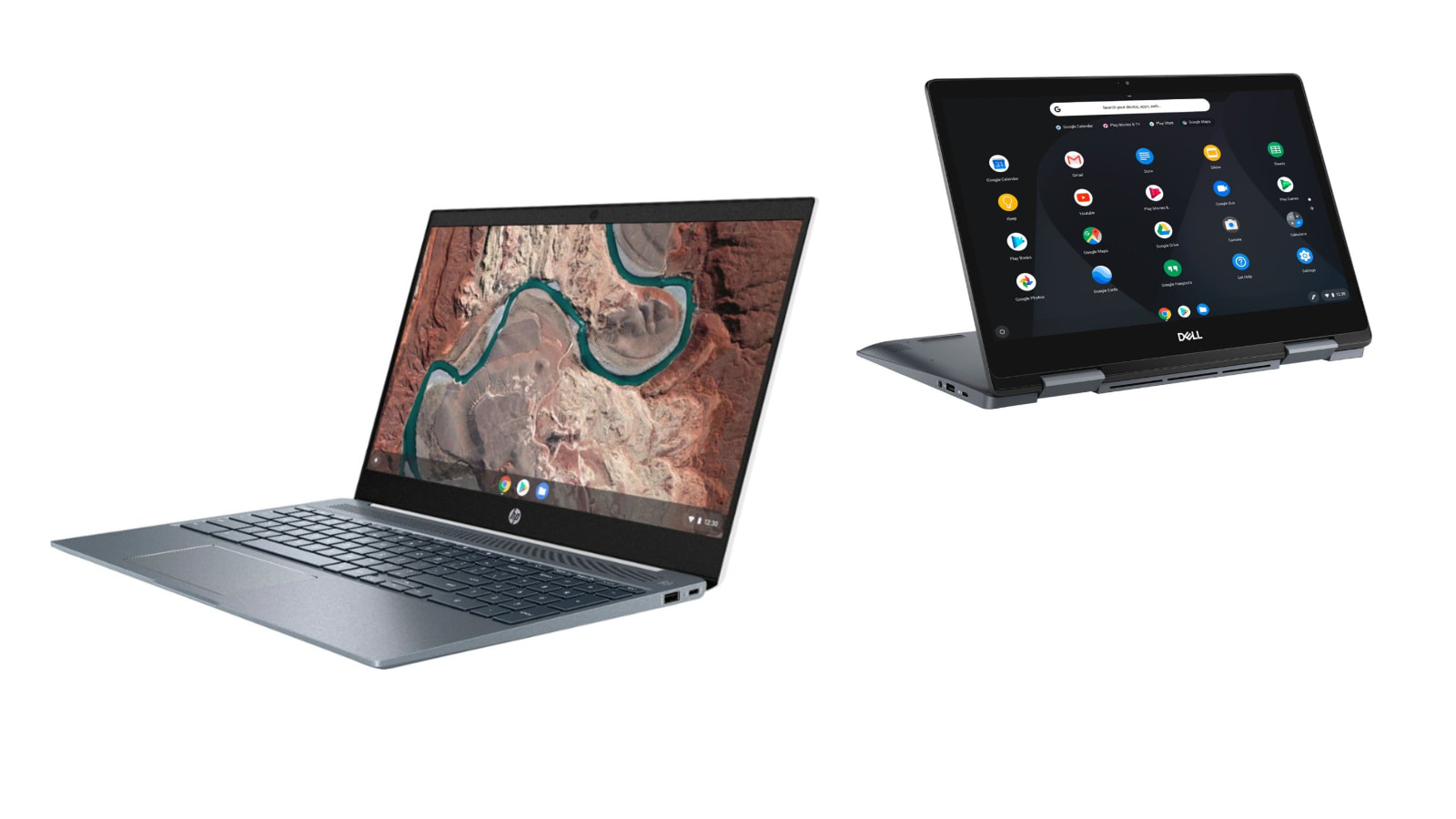 Best Buy has become one of the most consistent retailers to score savings of $100 or more and any number of “flagship” caliber Chromebooks. Whether it’s the HP Chromebook X360 14 or an ASUS Flip C434, there’s usually a deal to be had and today is no different. Today’s deals include a massive, Core i5 clamshell and a very versatile, stylus-toting 2-in-1. Either one will save you $200 and that’s a win in our book.

The Dell Inspiron 14 2-in-1 is one of those devices that could be near-perfect when you look at the total package. The 14″ convertible features a powerful Core i3 processor, 128GB of storage, a garaged stylus and an overall build quality that’s downright great. Honestly, my only legitimate gripe about this device is that Dell went to great lengths to make it well-rounded and attractive but forgot about the memory. While 4GB of RAM is okay for the casual user, 8GB would have made this one of the most competitive devices of 2019 in the $500 price range.

All that aside, it’s still a great Chromebook with a lot to offer and right now, you can grab the Dell Inspiron 14 for only $349. It would be tough to find another Chromebook with an 8th-gen Core processor and this many bells and whistles for under $400. So long as you can manage your workload on 4GB of RAM, this is the deal of the week in my opinion. FYI: The Dell Inspiron 14 will continue to get updates through Jun 2025. That’s a lot of bang for the buck right there.

If you’re looking for a larger laptop and want all the power you can get for very little cash, look no further than the HP Chromebook 15. There are a couple of variants of this model that include a Pentium or a Core i3 and you can usually grab one of those for around $400-$450 but forget that. You can pick up the Core i5, 8GB/128GB monster for only $399! We’ve only seen this Chromebook cheaper once and that was only for a weekend and we’re talking just about as good as you’d want out of a productivity machine. Here’s a look at what you’ll get for very little money:

If you just want a really nice Chromebook but don’t want to drop a king’s ransom, either of these devices is a great fit and they will serve you well for years to come. If you’d like to stay on top of the latest news, reviews, deals and more from the world of Chrome, make sure to sign up for our newsletter below and hit us up on Twitter and YouTube.