You are here: Home / All Stories / Acer R13 Gets Android Apps in Beta Channel 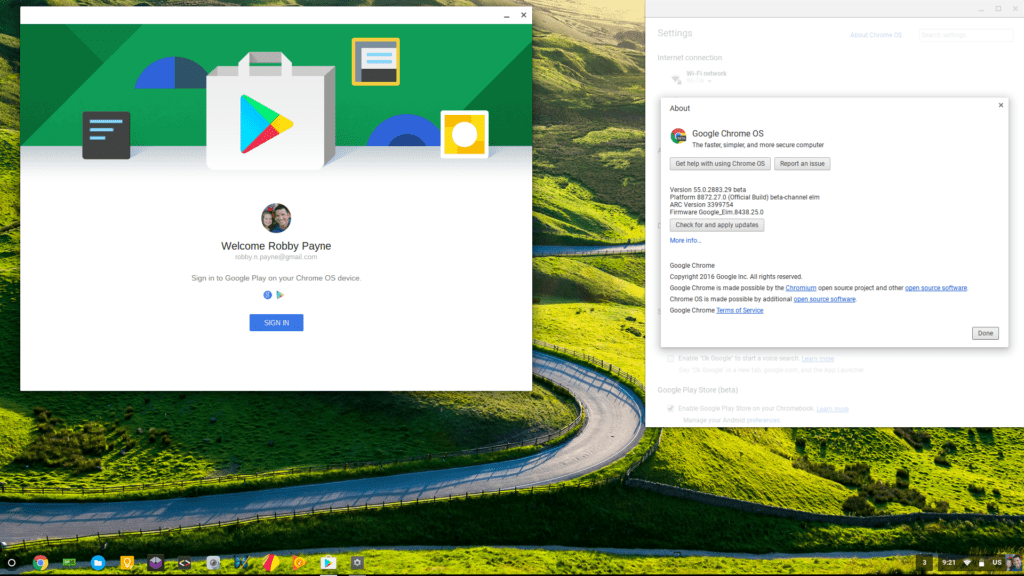 In a bit of a disappointing move, the Acer R13 shipped without Android Apps available.

That, however, looks to be changing right now.

First seen today on a Reddit thread, then tested in here at Chrome Unboxed today, the Acer R13 in fact has Android App support in the Beta Channel.

While this is completely expected, maybe even assumed, the actual arrival of Android support on this particular device is a welcome site. The R13 is one of the first of the new wave of Android-ready Chromebooks, so it’s arrival to the market sans Android support was a bit of a bummer. Though it was likely not an issue on Acer’s side, the rollout of the Play Store on Chromebooks is likely moving slightly behind the original intended schedule.

I for one am glad Acer moved forward on the release of the R13, thought it could be slightly confusing for consumers when they get the device out of the box.

Right now, the Beta version we are seeing Android Apps on for the R13 is R55. This could mean a couple things. One, we may not see the Play Store on the R13 until Chrome OS 55 drops early in December. That is a real possibility.

Keep in mind, though, that Android app support moves freely through the channels and Chrome OS. It is not bound to any particular Channel, so we might not have to wait for Chrome OS 55 to hit the Stable Channel in order to see app support on the R13.

How To Get This Working

In reality, for those wanting to get a taste of Android Apps right now, moving to the Beta Channel isn’t that much of a leap. While Beta offers some bugs here and there, it is a much better experience than the Developer Channel.

For those of you wanting to go ahead and enable this, simple go to Settings > About Chrome OS (all the way up top) > More Info > Change Channel > Beta

Once the update downloads, restart and you will be met with the Play Store as an option. Again, if you’ve never enabled it, you need to go to Settings > Enable Play Store on your Chromebook

Once you check that box, you will see the Play Store logo appear on the shelf and you can access all your favorite Android Apps. Pretty sweet!

We’ll be keeping an eye out for the Stable Channel to see this update, so check back.