You are here: Home / Apps / This Mastodon web app mimics the look and feel of Google Plus 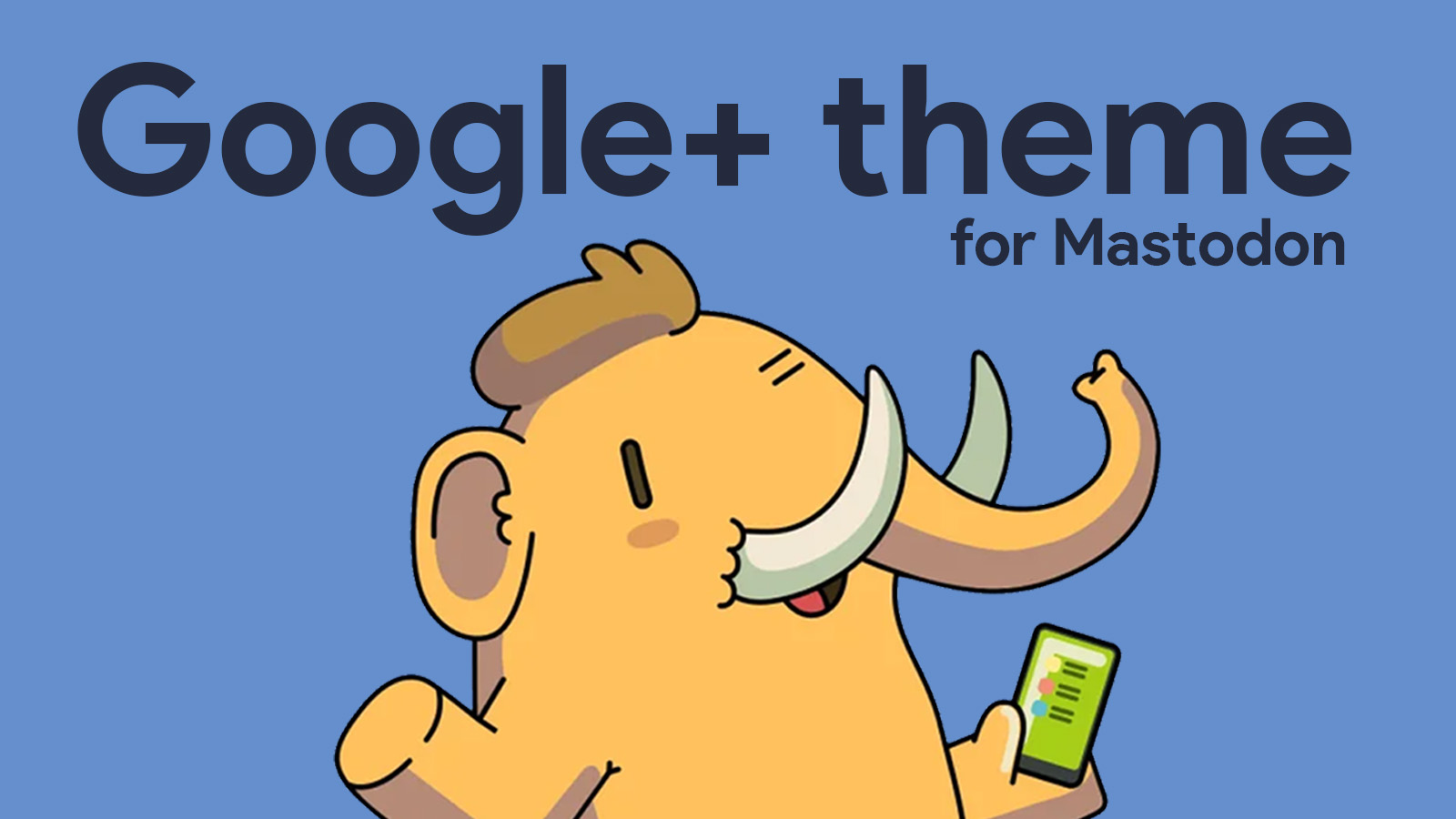 Regardless of how you feel about what’s happening on Twitter this week, one thing is for certain – our lives are split across many social networks and that’s likely never going to change. That’s why when over a million people took flight and spun up Mastodon accounts, I followed suit. I’m always down to try out something new, and even though I’m personally staying on Twitter, it’s fascinating to explore this alternative that’s gaining traction so quickly.

Essentially, Mastodon is a ‘federated’ open-source social network, meaning that anyone can start up their own ‘instance’ or version of it, but all ‘instances’ can talk to one another. This means that you can favorite, “retweet”, or share anyone’s content from and to anywhere that allows it. Basically, it’s a lot like Twitter (although the folks over on Mastodon say it’s trying to build something better), and it’s not owned by a single corporate entity and can’t technically be killed off if something goes awry. Any instance you join can be shut down if the admin fails to pay the web hosting bill, but you can also hop over to a different instance and migrate your account along with all of its content.

I’m not going to go into how to get started with Mastodon today as there are several excellent articles and videos out there explaining what it is, how to use it, and so on. Instead, I wanted to show off something I stumbled upon today that took me by surprise.

All of this talk of switching social networks has me remembering exactly what it was like to get on board with Google+ and then subsequently seeing it shut down years after its launch. I’ve long since wanted it to come back, but I don’t ever see that happening. As I was looking around for different apps and web apps to log into my new Mastodon account with, I came across this one you see below called Cuckoo.social.

Does this look familiar? You’ve never heard of the name (it’s derived from a bird in the Cuculidae family (cuckoo clock, anyone?), but you should recognize the layout. This ‘theme’ that you can enable for Cuckoo Social is actually inspired by the late, great Google Plus!

I know, right? Whether you’re going to get into the whole Mastodon thing or not, I thought it was an interesting find, and a nice tribute to my favorite social network ever. It really is too bad that Google+ was sunset, and I think the company could have done a lot to prevent this from happening, but with all of Google and its services technically being a secret social spine to this day, I’m not too broken up about it.

For now, I can at least sign into my Mastodon (which is hopping with traffic right now!) and +1 things I like, hit the share button to “retweet” it, and scroll in endless bliss with the three-column layout I wish other networks would steal from Google’s defunct social platform. Unfortunately, clicking on someone’s profile redirects you to the main Mastodon interface, so there are certainly things it can improve, but it’s cool nonetheless. Let me know in the comments below if you find this as interesting as I do!